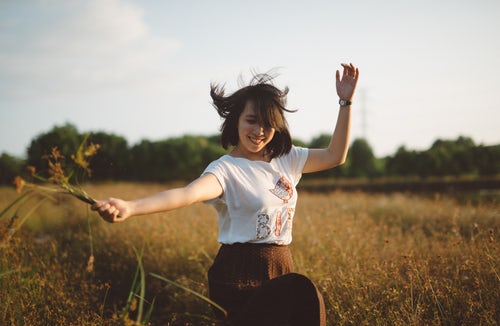 Chiropractic care has a lot of benefits. It helps lessen the pain and discomfort for injured individuals by reducing the pain and inflammation in the affected areas. It can also improve a person’s overall health and well-being.

This complementary treatment works by focusing on the musculo-skeletal problems and using spinal manipulation to restore a person’s range of motion. Aside from pain management, regular chiropractic care can help ease conditions like neck pain, shoulder pain, lower back pain, and joint pain.

With all its benefits, it’s easy to see why many people would be curious enough to try it out. But if you’re still unconvinced, maybe a few testimonials from athletes using chiropractic will change your mind. Here are 10 famous athletes who sought the help of chiropractors—and reaped its benefits. 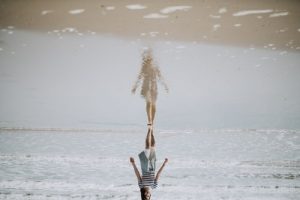 Chiropractic adjustments can prevent injuries and increase overall athletic performance. It’s no surprise that some of the best athletes in the world would take advantage of it.

Retired professional basketball player Michael Jordan made use of chiropractic to take his performance on the court to the next level.

About the treatment, he said: “I don’t know how much I could improve until I started seeing a chiropractor. Since I’ve been in chiropractic, I’ve improved by leaps and bounds both mentally and physically.”

Arnold Schwarzenegger is an actor, producer, author, and businessman. But he was also a professional bodybuilder. He says that chiropractic care was his solution to “little” problems in his body. With his in-house chiropractor, he got the adjustments he needed to prevent and heal injuries.

In fact, Arnold Schwarzenegger speaks so highly of the treatment that his entire family also receives these adjustments every now and then. He says chiropractors are miracle workers.

“Chiropractic just makes you feel so much better,” says New England Patriots quarterback Tom Brady. “When I walk out of the clinic, I feel like I’m about three inches taller and everything’s in place. And as long as I see the chiropractor, I feel like I’m one step ahead of the game”.

This guy knows what it’s like to be ahead of the game: he’s one of only two players to win five Super Bowls. Truly one of the biggest assets for his NFL team.

Emmitt Smith, National Football League’s all-time leading rusher during his fifteen seasons in the league, has great things to say about chiropractors.

“I found a chiropractor that’s really good in balancing out my body to make sure my hips are rotated right, and my body is functioning properly. I remember somebody telling me that what I put myself in during the games is like having a car wreck every Sunday. It’s against the norm. You can find yourself in awkward positions. That stuff takes its toll. But if you take advantage of the health care, balance your body back out, put it back where it’s supposed to be, you function better, and you recover faster.”

Ms. Fitness USA 2003 Sarah Harding has been using preventative chiropractic ever since she was little: “Basically, I’ve always believed in chiropractic care. My parents introduced my brothers and myself to chiropractic care when we were very young and it’s been an instrumental part of my life. I believe that it allowed me to do gymnastics when I was very little and allowed me to stay in sports and lead a very active lifestyle. Ever since I can remember, I’ve gone to a chiropractor.”

Before his retirement, Evander Holyfield was a World Heavyweight Boxing Champion. And spinal adjustments did help him perform at his best.

“I have to have an adjustment before I go into the ring. I do believe in chiropractic. I found that going to a chiropractor three times a week helps my performance. The majority of boxers go to get that edge.”

Joe Montana, who holds four Super Bowl Championship rings and three Super Bowl MVPs, is very vocal about his use of chiropractic care.

“Chiropractic’s been a big part of my game. Chiropractic care works for me. I only wish I had tried chiropractic a few years ago when I first started having back pain and maybe the surgery would have never happened.”

Retired road racing cyclist Lance Armstrong declared his chiropractor as the most important person on his team staff. The spinal adjustments may have put him in the best condition before important competitions, helping him win seven consecutive records from 1999 to 2005.

Winning 10 major golf tournaments before the age of 30, Tiger Woods is one of the most successful athletes in the sport. It’s not surprising that his standard healthcare routine includes chiropractic treatment. “I’ve been going to chiropractors for as long as I can remember. It’s as important to my training as practicing my swing.”

Baseball giant Wade Boggs spent 18 years of his baseball career with the Boston Red Sox. Losing strength in his lateral movement destroyed all his momentum. But fortunately, a good chiropractor changed the game for him.

“I have been pain-free and feeling terrific. I swear by it.”

These world champions owe their success to their health and wellness. They kept themselves in top form–and chiropractic care helped them achieve that.

But even if you are not an athlete, there are clear benefits to having your spine aligned. Chiropractic care may be just the thing you need to feel 100%. Its health benefits are undeniable. Look for nearby chiropractic clinics, find out about their office hours, and schedule an appointment. Visit your local chiropractor today!