Hyperbaric Oxygen Therapy and Wound Care: How it Works 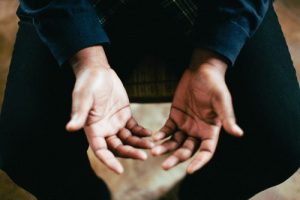 Hyperbaric oxygen therapy (HBOT) wasn’t always one of the most versatile types of treatment out there. In fact, in the 1930s, it was only used in order to recompress divers. Decompression sickness is a very common problem for scuba divers.

It didn’t take long for people to discover that this treatment can do much more than that. It was soon discovered that HBOT can also help fight the effects of carbon monoxide poisoning, as well as clostridial gas gangrene.

Later on, HBOT also became a helpful treatment for patients who were undergoing cardiac surgery.

So what is HBOT anyway?

Hyperbaric oxygen therapy is all about letting your body take in more oxygen. We all know that oxygen is the element that keeps us alive—but it also serves a lot of vital functions in the body. Increasing our oxygen intake can help us in so many different ways.

The usefulness of oxygen is what makes HBOT so versatile and helpful. It has been used for the treatment of burns, severe anemia, radiation injury, and sudden deafness. Right now, its healing potential is still being explored by medical experts.

A standard HBOT session involves letting the patient stay in a hyperbaric chamber for a certain period of time. Inside the chamber, the air pressure is increased up to three times to the normal rate. This allows the patient’s lungs to take in more oxygen than is possible under normal air pressure.

There are those who claim that HBOT can help fight depression, arthritis, heart disease, asthma, stroke, autism, hepatitis and allergies. Right now there is no solid evidence that prove these claims. However, HBOT is very useful when it comes to dealing with serious wounds.

Increasing the oxygen we carry in our bloodstream can cause a number of benefits. But the most common usage of HBOT nowadays is in the treatment of serious injuries. When injured, our tissues require more oxygen than usual in order to recover.

HBOT is only recommended for serious wounds. It might not be necessary for simple injuries. Instead, it should be used for non-healing wounds, venous stasis ulcers, and diabetic wounds. It may fight the effects of hypoxia—a condition that prevents normal healing due to insufficient oxygen supply.

It also promotes natural healing by stimulating the release of growth factors and stem cells.

It was in 1965 that the wound-curing benefits of HBOT were discovered. Victims of a coal mine explosion were treated with hyperbaric oxygen therapy for their CO poisoning. But aside from its intended effects, it also promoted the victims’ natural healing.

HBOT is generally considered a safe procedure. It is also non-invasive. In fact, you can rent or even buy your own hyperbaric chamber. It’s an investment you can consider if your doctor recommends frequent HBOT. The patient simply lies down in the chamber for up to 2 hours.

That said, some patients might feel a bit claustrophobic. Side effects may occur rarely. This includes brief short-sightedness, pulmonary oxygen toxicity, and mild sinus discomfort. Ask your doctor if this is a good treatment option for you.