History of Spinal Manipulation: When Did Chiropractic Care Begin?

Chiropractic care is one of the most popular forms of treatment around. And this alternative treatment method has been around for quite some time. Still, people are just now learning about its many benefits.

You may already know how effective it is for conditions like joint pain, neck pain, lower back pain, and even headaches. But it can treat a wide range of musculoskeletal issues, all while using a natural and holistic method.

So how did chiropractic treatment begin? How did the first spinal adjustment happen? Let’s take a look at the roots of chiropractic care, so that we can see where it is headed. 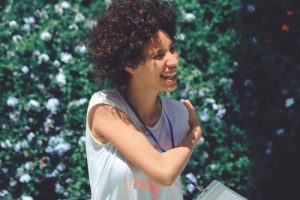 The developer of chiropractic treatment is none other than Daniel David Palmer, more commonly known as DD Palmer. He was a prolific reader of scientific journals and all things related to the sciences. He was particularly interested in the various forms of medical manipulation, which already existed during his time.

He knew that this type of treatment had been available for hundreds of years. And he was also keen on the idea of bringing a scientific rationale to explain their benefits.

DD Palmer did not actively seek out a way to rationalize these effects and medical methods. But in September 1885, something sparked his interest: his partially deaf janitor’s condition.

He noticed a vertebra out of position in the back of Harvey Lillard, who lost his hearing 17 years prior. It was then that DD Palmer examined the area and performed a very simple and crude version of what is now known as a chiropractic adjustment.

Lillard then observed that his hearing improved since the adjustment.

DD Palmer later sought out ways to explain the effects of spinal adjustments scientifically. In the process, he developed chiropractic. And in 1897, he established the Palmer School of Cure in Davenport, Iowa.

Many people quickly took an interest in Palmer’s new art of healing, and became his students. But because practicing medicine without a license is illegal, many chiropractors were jailed—including Palmer himself.

This led to chiropractors conducting political campaigns to secure their own licensing statutes. The first state law licensing chiropractors was passed in Kansas in 1913.

What’s in a Name?

The term “chiropractic” comes from two Greek words: “cheir” which means “hand” and “praktos” means “done”. The word chiropractic refers to the way spinal adjustments are delivered: they are “done by hand”.

Sources are somewhat inconsistent regarding who actually coined the term. Some say it was Rev. Samel Weed who coined it from its Greek roots, while others say it is DD Palmer himself.

Chiropractic was named this way because it is rooted in naturalism, vitalism, and spiritualism.

It’s interesting to note that The Palmer School of Cure is still open today although it is now named The Palmer College of Chiropractic—it is still based in Davenport, Iowa.

On top of that, there are now more than 70,000 active chiropractors in the United States today. If you’re interested in receiving the health and wellness benefits of chiropractic, visit a local chiropractor today!