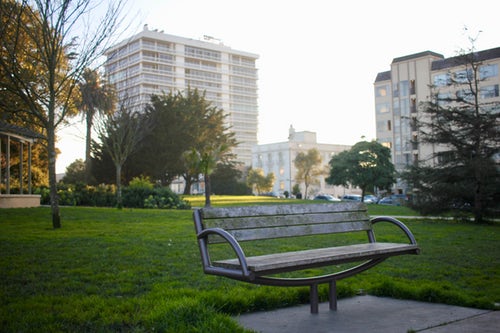 Some people swear by chiropractic treatment; others are more skeptical. But one thing is for sure: chiropractic care has always been controversial. Founded in the year 1895, this alternative treatment method is over a hundred years old, and it’s definitely come a long way.

In its early years, chiropractors were being jailed for practicing medicine without a license. But now, the medical industry recognizes the effectiveness of spinal manipulation. Chiropractors can now obtain a license from all the states. Even professional athletes and Olympians are endorsing it nowadays.

Still, there are some who are undecided whether to try spinal manipulation or not. Some still think it is pseudo-science, despite it being officially recognized by the World Health Organization in 1997. Today we will be talking about why chiropractic care is still facing controversies despite everything it’s gone through.

Chiropractic Care is Controversial because of its Simplicity

Believe it or not, the simplicity of chiropractic treatment and its philosophy is what makes people believe it is all fake.

It follows the simple philosophy that the body has a great way of healing itself naturally. By realigning the spine and the joints, the nervous system can function properly, allowing the rest of the body to recover with ease.

It’s a natural way of providing pain relief. It’s a method that does not require the use of painkillers or anything similar. It’s simple, it’s easy, and that’s also why people think it’s too good to be true. Chiropractic methods haven’t changed much over the years, except for a few new techniques introduced here and there. But the human body hasn’t evolved too much either. Just because it’s a manual way of restoring the body’s natural healing properties doesn’t mean it’s fake.

Some Practitioners are Incompetent

This is a harsh truth that sadly applies to all professions, not just chiropractic treatment. But because chiropractors are healthcare providers that specialize in an alternative treatment method, people are more likely to dismiss them. If you’re trying something unfamiliar and it doesn’t work out right away, you may assume that it’s not effective, when that’s not always the case.

If you decide to try chiropractic care and you happen to end up with a chiropractor who’s not as good as the others, you might end up having a bad experience. And these experiences tend to overshadow the contributions of the chiropractors who are actually good at their jobs.

Millions of successful adjustments are being delivered by chiropractors every year. It’s unlikely that you’ll end up with a bad one. But the reason the treatment is controversial is that people pay more attention to the bad news, despite how rare these occurrences are.

Plagued with a lot of Misconceptions

There’s this idea that if you have your spine adjusted, you will go through a stroke. This is perhaps the most damaging piece of misinformation out there for those who are providing proper chiropractic treatment. The likelihood of experiencing stroke after a chiropractic manipulation is the same as if you visited a doctor and experienced a stroke afterward.

Translation: it’s not likely at all. But again, people are quick to fear the things they are unfamiliar with, and that is why chiropractors still have a bad reputation.

The good news is that chiropractic is beginning to receive the attention it deserves. It’s always been in the spotlight—just not in a good way. But now that it’s getting all sorts of positive attention, people are becoming more informed about the benefits of chiropractic.

Try it yourself! Visit a chiropractic clinic in your area today.